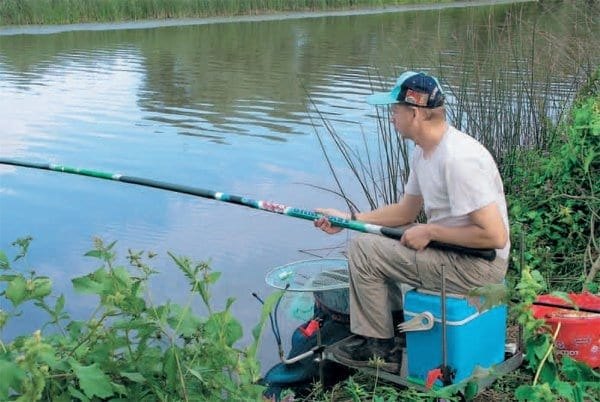 For quite a long time people preferred float fishing because it is an opportunity to be outdoors, be in nature, and to relax. However, I do not want to look at the float in vain - it is still necessary to catch something. If you have enough knowledge and equipment, float fishing will be a real pleasure and a fantastic hobby.

Nowadays, the improvement of fishing rods and various accessories has reached such a level that you can easily achieve success by choosing any water body, whether it is the ocean, lake, or river. A large number of fishermen do not tend to work with river bottoms, stopping once and for all on floating analogues.

For a beginner, the description of float fishing methods may seem too complicated, but this is only the first impression which can be very deceptive. One day will be enough to include yourself in the list of fans of float fishing, and the fascinating presentation of the material and the ease of its use in practice may interest even hardened anglers.

Depending on the conditions under which fishing will take place, the tackle can be divided into several categories:

Sometimes we may need rods of different kinds, most suitable for a particular water body. Therefore it is necessary to look at each variant of execution in details.

That's what a rod and reel combo fishing rod is all about - huge numbers of fishermen began their love of fishing with this fishing rod.

These rods consist of an average of five parts and a reel holder. Usually, the number of pass rings is the same as the number of extensions, but recently there have been models with additional rings with the ability to slide, and this has a significant impact on the structure and operation of the tackle. It has a spinning reel, which allows you to easily remove the line from it.

This fishing rod is loved both for the opportunity to throw the bait a long distance and for the convenience of catching near the bank, as well as the lack of concern about the constant new equipment. Having installed a swivel on the main line, the fisherman will be able to easily replace their rigs.

This float rod will not disappoint - it has repeatedly received amazing recognition.

It is quite common to fish in an area close to the shore. In such cases, you should give preference to the good old flywheel. A classic amongst older fisherman.

Rods of this type have been used for a long time. They are characterized by a complete absence of pass rings. A good example of this is the old fashioned bamboo rod.

Modern advanced materials have made this type of rod not only light but also very durable. If you catch a large fish, the rod is able to keep it due to the possibility of "system" and "balancing". The rod can reach a length of 26 feet using its retractable sections. 18 m is usually enough. Most people prefer to catch with an 18 foot rod because your hand is not as stressed from the weight.

The length of the rod directly affects the depth of the catch. If you catch with an 18 foot rod, you will not be able to reach the bottom of the pit of the same depth, because the float then rests on the top. But it should be noted that pits on the shore are very rare, so this negative can be considered insignificant.

There can be a strong current down a large river or there may be a situation where fishing is possible only at a single point - for example, in the windows of a heavily overgrown bank. Here, too, a plug rod should be preferred, although at first glance it may look too clumsy. You need to know its strengths and weaknesses.

The line off a float rod is vertical, it does not allow different debris and algae floating on the water, clinging to it. In addition, such a position will keep the bait at a given place and it will not be pushed to the edge.

It is possible to fish successfully under overhanging trees, because there is no need to cast the rod. Thanks to the nature of the throwing snap-in, it will be delivered directly to the specified point. Speaking frankly, there is no casting in the strict sense of the word here at all - the bait is simply dropped at the chosen place.

The length of the rod can be adjusted, removing its extensions if desired - this is a definite plus. And the rubber shock absorber will smooth out jerks of the caught fish.

Among the disadvantages is the length of the rod, limiting the range of catch, and the need to constantly have at hand a number of additional devices - for example, stands and rollers.

If you are fishing in a heavy current then you might want to consider a heavy duty rod holder that you can insert into the bank and keep tension on your line even if you need to put your rod down.

For the angler without a boat, the sight of fish splashing far from the bank is a terrible sight. Especially for such cases, the British developed a special model, which is a three-four-extension rod, equipped with a coil, a fishing line, and other specifically tailored accessories.

This model was assigned the name "match rod". Its rod is equipped with around 15 small pass rings, which will not allow a wet line to stick to the form. The Match reel contains a few shallow spare spools and has an increased gear ratio, a special weighted line with the ability to quickly dive, as well as a float, made specifically for distant throws, with "waglers" - with its own load.

In order for this model to show all its best qualities, it is necessary to have a certain space behind the fisherman, allowing to cast "from behind", and the absence of a current. After the line is thrown, it will sink - so it will avoid unnecessary interaction with the wind and waves. The tip of the form, lowered into the water, tightens the line, providing the opportunity to make an effective cut.

The advantages of this type include long range fishing and the ability to replace the bottom with it. The disadvantages of difficult fishing in the presence of the current and a number of components.

Please leave a comment for us below to share your own love of float fishing and any tips you have for beginners.

Best 10 Fishing Reel Covers of 2020 to Protect Your Gear

Russ is an avid angler. He has fished all over the world, primarily for Saltwater game fish but also for local prize fish. Russ writes reviews for all of his fishing gear to help others achieve their own fishing goals. His favorite reel is a Shimano Tyrnos for an overhead reel or a Shimano Curado for a baitcaster. His dream is to catch a Black Marlin.