There are few fish that are more commonly-featured on restaurant menus than tilapia. This unique species is one that’s caught along the Atlantic, as well as the Gulf of Mexico coastline and elsewhere throughout the world in mostly brackish waters. There’s no denying that tilapia are excellent table far and they also present a rewarding challenge to anglers who want to specifically target them.

There are almost 100 different types of fish species that are considered to be in the tilapia family. These fish are found in various locations where saltwater meets freshwater and can be caught around the world by anglers that are willing to take the time to put in a bit of careful strategy and use the right tackle.

If you’re planning to go after tilapia on your next fishing trip, there are a few key things you’ll want to remember if you want to be successful. We’ve compiled this article on how to catch tilapia to help you plan your day on the water.

Tilapia are one of the most popular fish in commercial hatcheries that sell their fish to restaurants and other buyers. This is mostly because there is a significant demand for tilapia filets and the meat offers an exceptional taste, as well as a desirable, flaky texture that most people prefer over other species.

These fish are actually native to the waters of the Middle East, as well as Africa and it is not exactly known when they were first introduced to the regions around the United States. It is much more common for people to farm tilapia instead of catching them in the wild, but most anglers who go through the trouble to actually fish for them agree that wild tilapia offer a much better overall flavor than farm-raised fish.

Tilapia are known for being a fast-growing fish that are capable of living in crowded stretches of water with other fish, which is ideal for anyone wishing to raise these types of fish on farms. These fish also have a notorious reputation for being very skittish in the wild as they are known to bolt and leave an area if they sense predators nearby. This makes them especially tough to fish for, but even more rewarding for those anglers who are able to land them.

Most species of tilapia are known to live up to about ten years in the wild, in most cases. A mature tilapia will usually grow to a sizable 20 inches in the right conditions. There are many different varieties of tilapia and some can come in vibrant colors while others  mostly have a darker black or grey look to them.

These fish pack on quite a bit of muscle on their short, stocky frames and can often weigh in at roughly 8 pounds when fully-grown. It is these larger, older fish that most anglers target instead of the smaller variety of tilapia. In fact, the world record tilapia was caught by a Florida woman in 2011. The fish tipped the scales at 9.6 pounds and measured over 24 inches.

How to Catch Tilapia

When it comes to learning about and planning your tilapia fishing trip, there are some key things you’ll want to keep in mind throughout the process. These fish are quite unlike most other types of fish in the world, so you may have to get used to employing some often unconventional tactics when it comes to targeting tilapia in the wild.

While it is true that most tilapia species will sometimes eat anything they can find, most of these different tilapia species are herbivores and eat plants as the bulk of their diet. Instead of having to use live bait that can often be very costly over the course of a few days of fishing, most anglers can opt for things like corn, bread balls and other means that anglers use to target species like carp and other plant-eating fish.

When tilapia are not spawning, it’s best to target them and try to appeal to their appetite by using corn or small bits of dough. There are different schools of thought when it comes to deciding on exactly what the best type of bait is for tilapia. Most anglers will go with a small hook such as a #4 size that’s simply rigged with a kernel of corn or a small bit of fish dough that you might use to catch trout or other small fish species.

Depending on the time of year and whether or not tilapia are in the middle of their annual spawning ritual, you can sometimes get away with using smaller minnow-like lures. This is mostly the cast when tilapia are spawning and can be found in large schools of fish that will feed voraciously on almost anything that comes within striking distance.

The most productive lures that are commonly used by anglers who catch tilapia during their spawning seasons are artificial lures that offer a tight wobble such as lipless crankbaits or shallow-diving plugs.

There are a number of other lures that will work in these circumstances and many anglers will experiment with a wide variety of different lure types when tilapia are spawning as you never really know what triggers them to strike certain rigs or presentations. 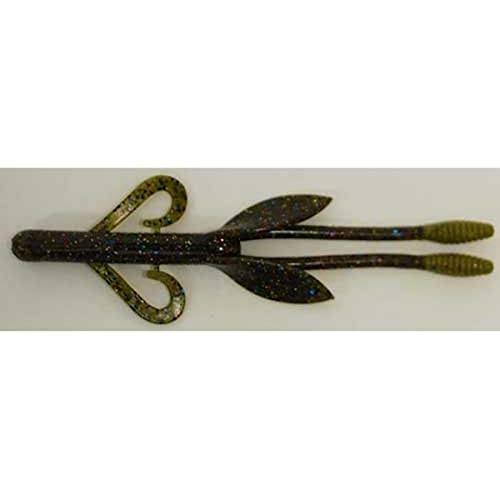 Tilapia are known to feed at different times of the day and anglers have reported success in catching them at virtually any hour of the day or night. However, it is also true that you will have greater success at the usual times around dawn and dusk when it comes to going after these types of fish.

Tilapia are known to spawn around the cooler months of the year, just after the water starts to warm up in the early spring. Like most other fish species that are known to spawn in freshwater or even brackish waters, there is a specific temperature that seems to be the magic number in terms of the spawn.

That number is almost always agreed upon by anglers to be 68 degrees Fahrenheit.

Once the water reaches this point, tilapia will usually go into their annual spawning routines, but there are certain cases in which a particularly strong cold snap might cause them to retreat back into their prespawn territory and habits. However, if you’re fishing in an area where other anglers can often pinpoint the exact time of year when tilapia will spawn down to a few weeks, you can usually bank on this being the case.

For some areas of the world that are particularly warm in temperature, tilapia might spawn more than once in a single year. This is often somewhat predictable as the water temperatures fluctuate in the spring and fall enough to cause this spawn.

Tackle and Gear for Tilapia

When it comes to fishing for tilapia, you’ll want to mostly stick with a more lightweight rod and reel than one that’s heavy. This is not necessarily because tilapia are somewhat smaller than most other game fish species around the coast, but because they are known to have a very subtle bite that is usually very tough to detect.

Novice anglers will often get very frustrated when they first start fishing for tilapia because these fish can easily steal your bait without you ever realizing it. It takes quite a bit of practice and time on the water to be able to pick up on the little bumps and tugs that you’ll feel on the end of your line. Be sure that you don’t jerk the hook out of the fish’s mouth too early as tilapia are known to need a few seconds to ‘chew’ on their food before they will get it deep enough in their jaws for you to apply a hook set.

Most anglers that go after tilapia on a regular basis will often use a light to medium action rod, as well as a lightweight reel and smaller hooks. Spinning reels are typically what most anglers use as you can quickly and easily pick up the slack in your line once you get the lure in the right location.

One of the biggest questions that most anglers have when it comes to catching tilapia is where to fish. This is understandable as these fish are usually found in shallow water, but can very easily be spooked off of a stretch of water that they won’t return to for several hours in some cases. Caution and silence are two factors you’ll want to have when going after tilapia as you can waste a significant amount of time if you happen to spook the fish away and don’t realize it.

During the spawn, tilapia will gather in large schools around bedding areas that will have numerous craters in the bottom of the waterway. Like most other species of fish, tilapia will use these beds to lay their eggs and guard their eggs and fry as they hatch and reach a level in which they can fend for themselves. These beds are usually found in shallow waters near some type of vegetation and are usually in freshwater lakes and rivers, as well as ponds where tilapia have been stocked.

Throughout most of the year, tilapia will gravitate toward shallow, brackish waters where they can stay away from most types of predators. If you find some type of vegetation in shallow water that is in an area where saltwater meets fresh, you can usually expect there to be some tilapia hanging around.

Are Tilapia Good to Eat?

The obvious answer to this question is yes as tilapia is a very popular menu item found in restaurants around coastal areas and even far inland since they can easily be farmed in the right conditions (Source). Tilapia are very easy to cook and they often turn out to be very tasty when grilled, fried, baked, or cooked in virtually any other method you might use for fish.

Their filets will soak up most citrus juices and spices, making it very easy for you to dial in your own specific recipe for tilapia. There are also countless recipes online, as well as guides for how to best cook tilapia depending on whether you want to fry or grill them.

There are quite a few other tips and techniques that you might want to learn when it comes to fishing for tilapia, but the information we’ve mentioned will give you a decent head start in going after these unique fish. These fish can be very fun to catch as you’re likely to land dozens of them if you run into a school of tilapia at the right time of year.