Penn reels are manufactured by Penn International, which is based in the U.S. Although they come at a high price tag, these reels offer massive benefits for fishing in the deep seas and oceans.

The first production of the reels begun in 1966 and now they have four models or product categories, namely the Penn VI, VISW, VIS, and VISX each of a different size but the same features. 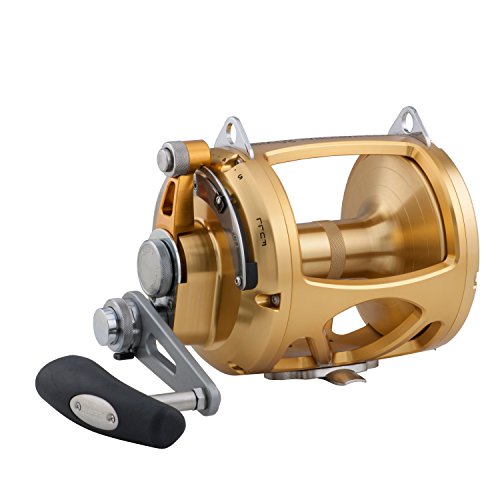 Click here to learn more about how we score.

The Penn International is a high quality conventional reel suited for big gamefish.

While some manufacturers change features within same-line reels, for Penn, reels in the same line retain the same features, making it easier for customers to identify the reels.

Penn have put together this video of the International VI to showcase the benefits and features that you might find interesting:

For all of the reels, the smallest reels are the one affording the high-speed ratio gears. This means the fishing reels are not priority for casting compared to ideal standards for casting. The smaller reels can do it but may have limitations in big game fishing. The best application of these reels is when fighting big fish in the open seas and oceans. The reels are perfect for trolling and they will impress if you like throwing baits to big fish on a fly line.

The Penn International is certainly a worthwhile conventional reel worth investigating further to see if it suits your own personal requirements.

If you want to see more options for conventional reels then please have a look at our article.

Russ is an avid fisherman. He has fished all over the world for more than two decades, primarily for saltwater game fish but also for local trophy fish. Russ writes reviews for all of his fishing gear to help others achieve their own fishing goals. His favorite reel is a Shimano Curado Baitcaster. His dream is to catch a Black Marlin.