Trotline Fishing Tips for Catfish: How to Rig a Trotline

Throughout history, humans have used a variety of different methods to catch fish. These often include everything from nets to fish traps and especially rods and reels. A trotline is also among one method that is sometimes a surefire way to catch fish when other methods might be inconsistent.

Trotline fishing is often looked down on by anglers who fish with rods and reels as it is considered to be less sporting by some. However, a trotline can become an absolute necessity in the event that you are fishing for food instead of pleasure. Knowing how to properly use a trotline is a skill that most anglers are largely unfamiliar with.

We’ve compiled this article to give you a basic rundown of how to run a trotline to catch fish, in particular catfish.

What is a Trotline?

Trotlines are believed to have first been used in the mid-18th century by settlers in North America. Since fish were so plentiful in many lakes and rivers throughout the continent, people could set out a line that was tied to a tree, rock, or some type of buoy and placed in an area where fish would bite the hook. This often resulted in a fairly simple and straightforward method of catching fish that they could cook and survive off of if they needed to.

There have been many different variations of the trotline since it was first introduced hundreds of years ago. Some anglers use only a few hooks while others might use as many as a dozen. Most of the productivity of the trotline depends on the overall methods with which it is rigged and where it is placed.

In modern times, some states have strict regulations regarding trotlines as they have sometimes been used to extreme degrees by some people who have decimated the fish populations in a certain lake or river. If you plan to catch fish with a trotline, you should first check the particular laws and regulations regarding them in your state or country.

How to Rig a Trotline

Making your own trotline is a fairly simple process, but you must pay close attention and be sure to rig it properly. One small mistake could result in the line being completely lost or becoming tangled in an area where you won’t catch any fish. The first step you need to do is find the specific location where you want to place your trotline. This is something we will cover in more detail later.

You can purchase readymade trotlines in some sporting goods stores or online, but most anglers prefer to make their own. Here are a few items you’ll need to create your trotline:

In the next few sections, we will cover these particular items in greater detail and explain how they play a part in the overall construction and operation of the trotline.

A trotline’s most important piece is likely the single cord or string that runs on top of the water and all the other lines are attached to. This cord needs to be strong enough so that it can’t be easily broken and should be made out of a durable, reliable material.

The most common type of cord used in modern trotlines is 550 paracord. This type of cord is popular because it is relatively small in diameter, yet incredibly strong and capable of withstanding intense amounts of pressure. The length of cord you use is totally up to your and can vary from a few feet to dozens of feet in some cases. 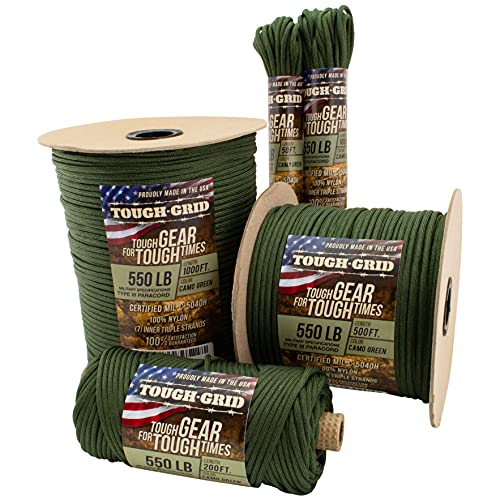 The next most important thing you need to do with your trotline is ensure that it stays in place when it’s in the water. To do this, you’ll need to use a few anchors or weights, as well as floatation devices. Most avid trotline users will use two boat anchors to secure each end of the trotline in the water. These can easily be tied off with the 550 paracord or other type of string you’ve chosen.

You’ll need to rig the trotline to a few floats in order to keep it secured along the surface. It’s common to tie one end of the cord to something like a tree trunk, branch, rocks, or other secure structure so it remains in place.

The floats you use for your trotline can be a variety of different types. Some users might prefer to use empty milk jugs or other plastic bottles while others might use foam or rubber floats that are specially-made for trotline fishing.

Depending on how many lines you want to set on your trotline, you’ll need to use some brads to help keep these lines in place. You certainly don’t want fish moving the lines toward one another and getting tangled in them. Some trotline enthusiasts will manufacture their own homemade brads while others might purchase some at a store or online. 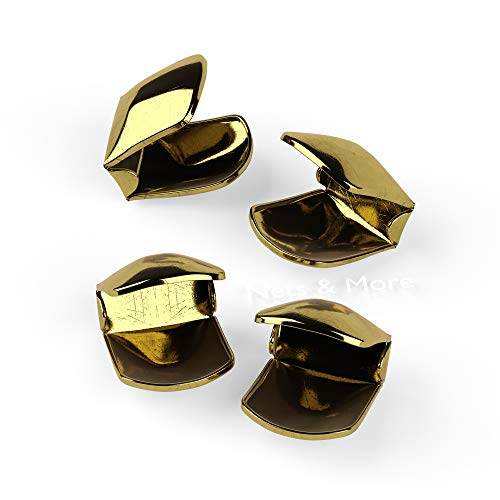 Once you’ve stretched your trotline out, you can start securing the individual lines to the cord using the clips. Most anglers will use a braided line or twine to tie each individual hook off of the main line. These lines can vary in length depending on your own preference. It’s usually a good idea to make sure each line is at least 3 to 4 feet in length and spaced at least 8 to 10 feet apart, preferably farther.

Once you’ve tied the line and clips to the main cord and secured it on either side with the brads, you should tie a swivel on the end of the line. The swivel is there to make sure any fish that does bite the hook doesn’t twist the line and cause it to get tangled.

Lastly, You’ll want to tie on a short piece of line and then secure the hook and any sinker you want to use. You can use virtually any size hook you want, but this will vary depending on what type of fish you hope to catch. Some anglers like to use smaller hooks if they are out to catch any type of fish while others will use a hook that’s at least a 3/0 or larger when targeting catfish or other large species. 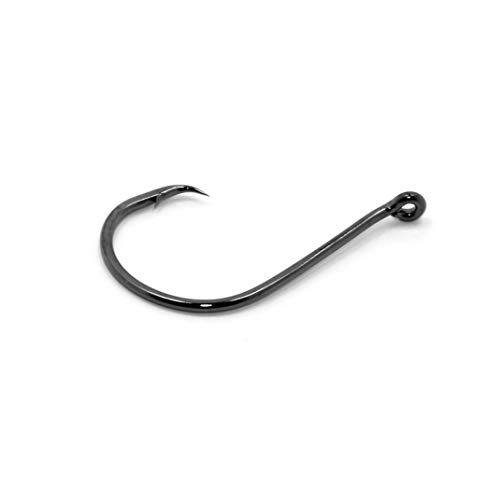 You should use a type of natural bait that will firmly stay on the hook without being easily pulled off by a hungry catfish. Most trotline users will leave their lines out for at least 8 to 12 hours and you certainly don’t want your bait to be ripped off the hook in the early hours of that time period. Chicken livers, gizzards, minnows, shad, and other natural baits are sometimes good choices that should stay one your hooks throughout the duration of time you have your line set.

Knowing where to place your trotline is often done through a process of trial and error. You should identify an area of a river or lake that is at least 6 feet deep or more because many types of fish usually swim along the bottom and will more easily detect bait that’s floating overhead.

If you don’t get any bites on your trotline and the bait is still on the hooks, you have a clear sign that you aren’t getting any bites and need to relocate the line to another spot. Choose a location that you can easily access and get to the line after it’s been set for the length of time you want. If you choose a good location, you can easily catch multiple large fish with one trotline.