What Fishing Reel Brands are Made in the USA

There are a huge number of brands in the outdoor industry that manufacture fishing reels today from all over the world. For most anglers, the best products are usually made in the USA and often proudly label their products as such. However, you might be surprised to learn that most of the brands that are considered to be the most popular in the United States are actually manufactured overseas in countries like South Korea, Taiwan, Sweden and elsewhere.

Most of these companies make their products outside of the U.S. simply because it’s cheaper to do so. However, there are some brands that are based and manufactured in America that are worth looking into. If you’re looking for a list of some of the most popular fishing reel brands that are made in the USA, we’ve done most of the leg-work for you and compiled this list of companies.

Penn has long been one of the most trusted brands in the world when it comes to making top-notch fishing reels. Their products are mostly designed for saltwater fishing and feature some of the most advanced engineering and machinery of any company in the industry. The company’s name comes from its headquarters, which is located in the state of Pennsylvania.

Penn’s reputation has been based on creating high-end fishing reels and other equipment that are aimed toward a target market of expert anglers and those who are willing to invest significant amounts of money on a single reel. However, in recent years, the brand has started making rods and reels that are more suited for the average angler that cost less than $200 in most cases.

Some of the most popular reels made by Penn are the company’s saltwater round baitcasting reels like the International series, the Torque series, the Fathom series and many others. The company also makes some of the best premium-quality electric fishing reels of any other brand in the fishing industry. 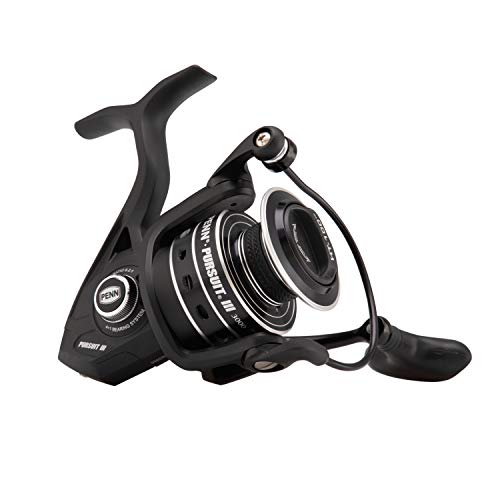 KastKing is a company that burst onto the fishing scene in the last decade and has since become one of the more popular fishing reel brands made in the USA. The company was founded in 2011 by a few college buddies from Syracuse University who each shared a love and dedication to the sport of fishing. The group used the skills they learned in college to create the company and it has flourished in recent years due to their strategic internet marketing toward the average angler.

The company produces a wide number of fishing reel series, as well as other products that anglers need to enhance their performance on the water. These reels and other products are targeted towards reaching the everyday angler as their most expensive reel is usually priced well under $200 at most online retail stores. KastKing makes a range of baitcasting and spinning reels that can be used in both freshwater and saltwater fishing environments.

The KastKing brand continues to grow and is emerging as one of the few fishing reel companies made in America that really resonates with the average fisherman. Some of their best models include Kodiak, Sharky, and Megatron. 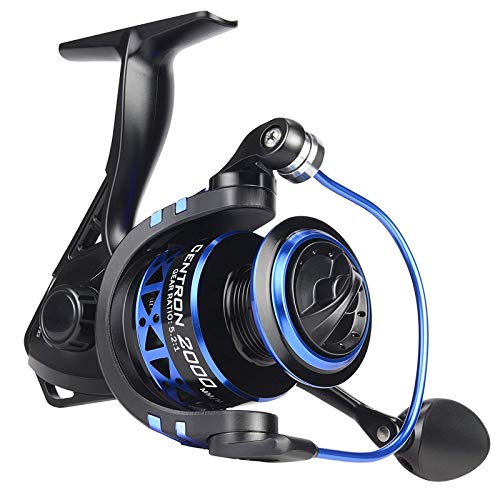 The story behind the IRT Reels company is one that is straight from the blueprint of American ingenuity, hard work and determination. In 2005, a local fishing reel store closed its doors completely in Hegins, Pennsylvania. The workers were expert craftsmen and women in their field, but the brand that they worked under decided to outsource production of their reels to factories located overseas.

Local business owner Greg Header, who always had a passion for fishing, saw an opportunity to create a fishing reel company that was 100% made in the USA. IRT Reels was founded a year later and has since grown to be one of the most popular brands of spinning reels that are well-known for their outstanding quality and service. IRT Reels produces spinning reels that are designed for freshwater and saltwater fishing for virtually every popular sportfish species you can think of that resides in North America.

The brand now sells rod and reel combos, as well as fly fishing reels and apparel and continues to grow as more anglers in the United States see the value in purchasing a product that’s fully made in the USA. Each of their fishing reels comes with a limited lifetime warranty and serial number so you can trust that your reel will be taken care of if it ever happens to malfunction.

The fishing reels made by IRT reels are higher in price than most beginner and novice anglers might be willing to pay, but serious fishermen will likely understand the need to invest in a premium-quality product that is made to last. 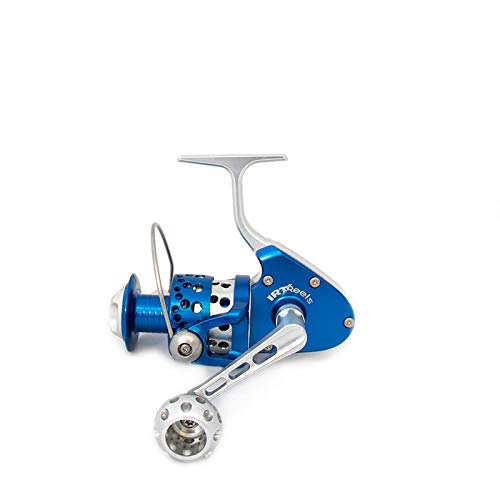 There are a select few companies that professional anglers and fishing guides trust to produce the absolute best products when it comes to saltwater fishing. Accurate Fishing is a brand that fits that mold and has been at the top of the saltwater fishing industry for decades now as a quality brand that’s made in the USA.

As with most premium-quality fishing reels and other gear, the products made by Accurate Fishing are probably more expensive than what the average angler is willing to pay. However, if you’re searching for the top companies in the fishing industry that sell American-made reels, it’s hard to find a better one than this.

The company’s ATD Platinum is one of the highest-rated fishing reels in the offshore space and it’s also one that’s routinely used by saltwater tournament anglers who demand the absolute best from their gear and tackle. This company prides itself as one that values American ingenuity and craftsmanship. 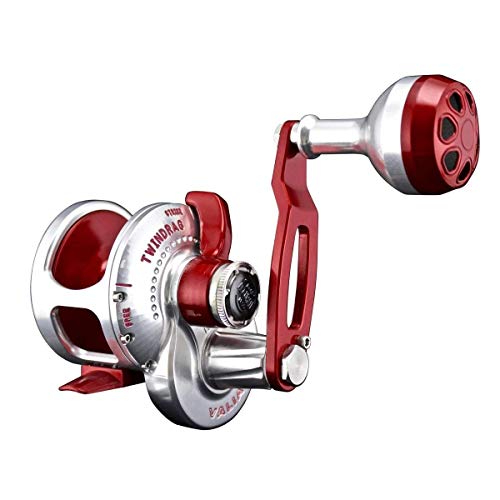 The Avet Reels company is another one that is specifically aimed toward serious saltwater fishing enthusiasts and competitive anglers. This company is relatively new as it was founded in 2001 and is headquartered in California. The brand produces high-end fishing reels that are precisely engineered to meet the anglers’ specific needs.

This is a great option for anyone who has a very specific type of reel that they want to have custom-designed or tailor-made just the way they want. Avet Reels’ slogan is ‘The Ultimate Fishing Reel’ and the brand certainly lives up to it for the most part. They produce a wide range of lever drag reels, as well as other popular reel models such as their G2 series.

Avet Reels makes it clear that their products are made entirely in the USA and are all designed, machined and assembled in their Chatsworth, California factory. If it’s quality and reliability you’re looking for, Avet Reels is worth checking into. The brand has a range of products that are suited for anglers who are looking for premium-quality reels, as well as those who want a more budget-friendly option that will still deliver exceptional performance. 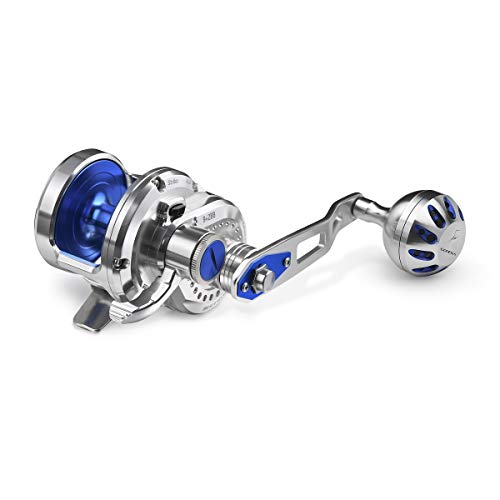 Avid saltwater anglers who have been in the sport for several years have likely heard of Zeebaas reels. This brand is another one in the premium fishing reel space that is proudly made in the USA. Founded in 2005, Zeebaas has multiple shops across the United States that range from Vermont to Ohio.

You won’t find a readymade catalogue of reel designs on the Zeebaas website because everything this company does is on a custom-built level. This is obviously a very expensive option, but for seasoned saltwater anglers who require the absolute best in performance and reliability, it’s worth investing in a company like Zeebaas that can precisely machine-engineer your fishing rod just the way you want.

Zeebaas only manufactures spinning reels and you only need to give them a call or fill out an online form to explain what you want in your custom-made fishing reel. Each reel is pressure-tested and machined with the highest quality materials you’ll find anywhere. One of the best aspects of doing business with an American-made brand like Zeebaas is the outstanding customer service and support that comes with your purchase. 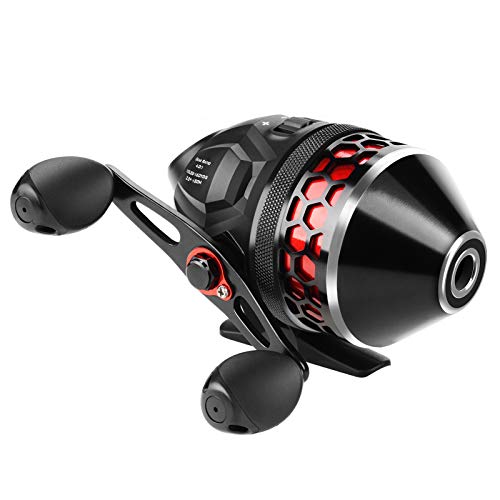 Last, but certainly not least, on our list of the fishing reel brands that are made in the USA is Seigler Fishing Reels. This company is based in the state of Virginia and offer a select few reels that are made for saltwater fishing and fly fishing. Seigler Fishing Reels was founded in 2009 by American entrepreneur Wes Seigler, who got tired of the fishing reels he used breaking or malfunctioning and decided he would produce his own version of fishing reel that would be based on performance and reliability.

Seigler Fishing Reels makes lever drag and star drag conventional fishing reels that are aimed at serious saltwater anglers who simply want a better product than what the average fishing reel brand is making. Their products are a bit more expensive than their foreign-made competitors, but there is no denying the quality and craftsmanship that goes into making them.

The company makes a large and small version of their lever drag style fishing reels and it has become a favorite among guides and competition anglers who regularly compete in the saltwater fishing circuits. The Seigler Fishing Reels star drag conventional model is one of the best you’ll find as it features a 7-stack carbon fiber drag system and magnetic brake system for handling monster fish.

Like most of the other companies we’ve mentioned on our list, Seigler Fishing Reels has a reputation for using the best possible components and materials for their fishing reels. If you’re an avid angler who  believes it’s worth investing the extra buck to acquire a high-end reel, you should seriously consider the products made by Seigler Fishing Reels. 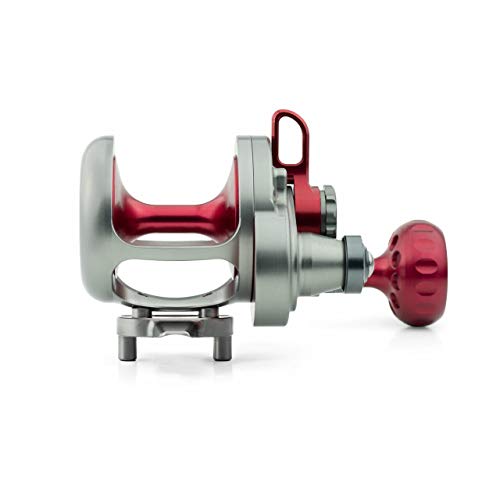